Photo of the Harland & Wolff Apprentices  c. 1890 is frequently misidentified.

Thomas Andrews Jr. is standing 2nd from the right in the group photo as published in “Shipbuilders to the World” and elsewhere. 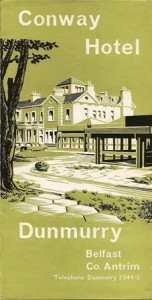 Conway House  was sold for use as a hotel in 1953.    The original house (as part of the Conway   Hotel) was destroyed in a bombing accident in April 1976.  The hotel continued to operate until 2000,  after which it was demolished & sold as real estate.    The site has been renamed “Redwoods.” 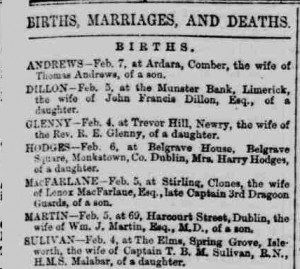 “Approach to the New World” by Norman Wilkinson

Hung over the fireplace in the Smoking Room on the RMS Olympic.

Hung over the fireplace in the Smoking Room on the RMS Titanic.

Often in film,  the wrong painting has been depicted aboard Titanic. 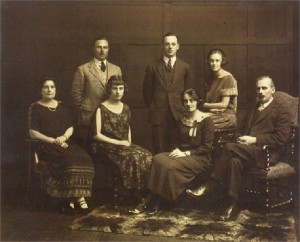 Residents of a house 8 in Windsor Avenue (Windsor Ward, Antrim) 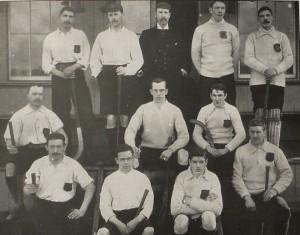 Thomas Andrews Jr. was amongst the founders of the North Down Hockey Club.

Photo credit:  “The First One Hundred Years” by Jim Patterson.