Titanic-Mrs. Thomas Andrew is back in the studio!

We are happy & delighted to share our latest episode now airing:  Please check back & stay tuned for programming in this series.

Thank you for your support & we would LOVE to hear from you!

Victorian Tales of the Macabre:  Part One.

Photo Below:  Possibly a P. Imans rendering as his the earlier, late Victorian waxes were of a much darker wax than those found later during the late teens & early 1920’s.  Vanaria collection. 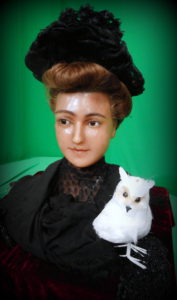 Enjoy a two part program on the history & etiquette of a proper tea hosted by Mrs. Andrews. 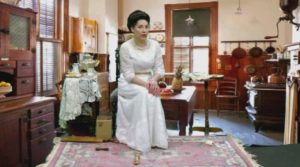 Now is the time to make your reservations for April 2020 Titanic Anniversary venues!

Additionally we are also taking reservations for April 2021.

You may send your reservation request to: 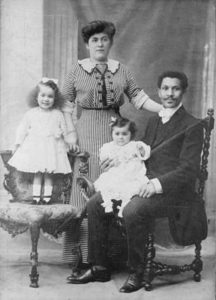 Joseph Phillippe Lemercier Laroche with his wife Juliette and and their two children Marie and Louise.

In the on-going Titanic t.v. series  “The Life & Times of Mrs. Thomas Andrews”

Now airing on You Tube & Vimeo for out of area viewers.